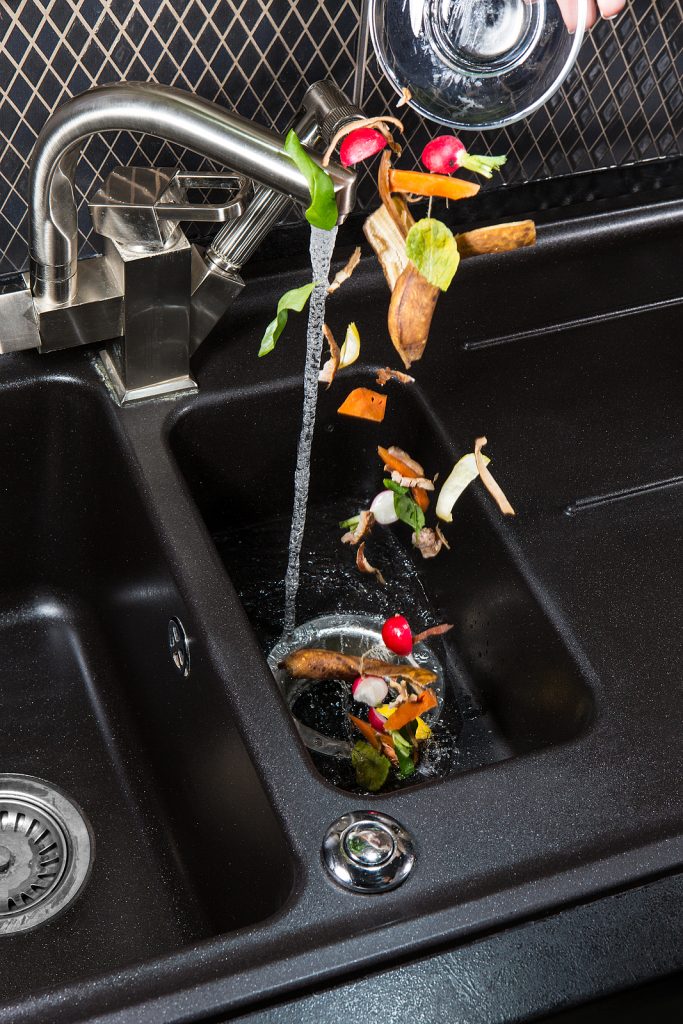 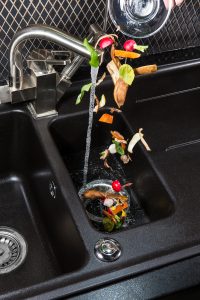 What you should – and should not – put in your disposal

Your garbage disposal is a machine designed to do a certain job, and it can break down if it’s not used properly. We sometimes think that it can handle anything – but if you want to keep it in top working condition, be sure to avoid putting these things from the “No” List down your disposal.

Chicken – beef – fish – even fruit – bones (also known as “pits”) are a big No-No. If you can’t cut through it, neither can your garbage disposal.

The stringy texture of celery, corn husks, asparagus and the like will simply get all tangled up in your disposal. The same goes for potato peelings.

Pasta – and rice – even after fully cooked, will continue to boat and expand when exposed to water. So even the little bitty pieces of chopped up goo will eventually gather and swell in the trap, eventually causing a clog.

It may seem like a good ay to get rid of the morning grounds, but they dull the blades and collect into a sludgy, clog-attracting mess.

You may not exactly mean to try and grind up your forks and spoons – but they sneak down there sometimes and then have a mutually destructive relationship with the blades.

The “Yes” List starts and ends with “small amounts.” Whatever you put through your garbage disposal should be in small increments – and that includes chopping up chunks of solid foods. Trying to shove down large quantities of anything is taxing to your disposal and just asking for trouble – and possibly a plumber.

Other things to say “yes” to include:

Running cold water a few seconds before and after you grind up your payload can flush food properly and reduce the chance for bad odors.

It’s a nice way to give your disposal a nice sudsy bath.

This is actually not urban legend – ice cubes do help sharpen your disposal’s blades by clearing off residue. If you want to really clean up, add a teaspoon of vinegar to each section of your ice tray before freezing. Vinegar ice cubes can really rock the socks off dirty garbage disposal blades.

If you want to really give your garbage disposal the spa treatment, consider taking some citrus peels (from oranges, grapefruit, lemons, or limes) and placing in a bowl of water that just covers them. Microwave to a boil, then dump the whole thing down the drain. It will not only break up any grease buildup, it’ll leave a nice citrusy smell.